France’s No. 1 producer of exclusively renewable energy (hydroelectricity, solar and wind energy), CNR has built and now operates 19 hydroelectricity developments on the Rhône river with three inter-related missions: production, navigation, and irrigation and other agricultural uses. Two Technical tours will be held on the Rhone valley on Saturday, September 8, 2018.
Delegates are kindly asked to meet at least 15 minutes before the departure time. Tours will depart promptly at the stated times.
All tours include lunch and refreshments.

TT1: Dam Hydropower plant of Génissiat and Belley’s development in the upstream of Lyon

The first part of this tour takes you to the emblematic Dam-Hydropower plant of Génissiat, the unmissable stopping point in the landscape of the upper Rhone. Génissiat is located downstream of the Franco-Swiss border. It is the first dam developed by CNR on the Rhône valley. Its construction started in 1936 and after an interruption of several years during the 2nd world war, it was Commissioning in 1948. Reinforced concrete gravity dam, total height of 72.7 m above natural terrain and length of the cap of 140 m, 6 Francis groups, 3 flood evacuation devices (Bottom gate, mid height gate and Surface spillway). With his 420 MW Installed Power and 1.78 billion kWh Average annual production, the hydropower plant of Génissiat has remained the most important European one for many decades.
After this visit, a boat tour will take you through the Savières canal between Lake Bourget and Rhône river.
The visit continues with the « run of the river » multipurpose development of Belley. Put into service in 1982, it belongs to the latest generation of structures built by CNR. It comprises two main structures: a dam at Lavours, and a hydroelectric plant at Brens. Recently, locks, a marina, a small hydroelectric plant have been added to the existing structures.

TT2: Hydropower plant of Bourg les Valence and restoration works of Doux River in the south of Lyon

(join the bus outside the « Stade de Gerland » metro station)

The hydroelectric development of Bourg les Valence was commissioned in 1968. It includes a Hydropower plant (6 Kaplan groups, 180 MW Power installed – Average annual deliverability 1.1 billion kWh) and a lock at Bourg les Valence and a dam at La Roche de Glun. It also has the particularity of receiving Isère river in its diversion channel. An additional structure allows the management of flood flows and sediments.

The return is expected around 18:00  in Lyon (Stade de Gerland metro station). 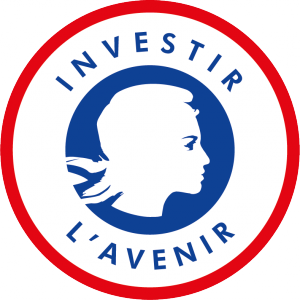